This post was originally published on the blog of InterFaith Works, a URI Cooperation Circle. It was written by Susan Wright, a member of the planning committee for the 2015 World Interfaith Harmony Assembly in Syracuse, NY. She is a convener of Faith Formation at St. Paul’s Episcopal Cathedral, she has a MA in Theology from Bexley Hall Seminary. Susan is an active participant in a number of academic and theological associations concerned with the relationship of religion with violence, racism, and social injustice. She teaches religious studies at OASIS.

Perhaps you’ve heard it said: “Religion must die for mankind to live.” (Religulous, 2008)

After last Sunday’s World Interfaith Harmony Assembly (WIHA), I smiled thinking that statement couldn’t be more wrong! Celebrating the United Nation’s annual observance of World Interfaith Harmony Week, the sanctuary of St. Paul’s Episcopal Cathedral in downtown Syracuse, my church, was filled with a kaleidoscope of different faith communities. On February 8th, the colors of our stained glass windows were bested by the colorful community assembled within. Muslims joined with Christians, Jews joined with Muslims, Mormons joined with Lutherans, Hindus, Sikhs, Sudanese Christians, Zen Buddhist monks joined with Unity; all to express our Commonality Within Diversity. In our midst were refugees from Bosnia and Southern Sudan, those who lost everything, their homes, their families, when religious conflict tore their countries apart. When the Sudanese reminded us that the churches helped them build new lives, that their history is one with the history of InterFaith Works, I thought humanity has committed some of its worst crimes in the name of religion, but religion is also capable of giving and restoring life. Indeed I have never experienced more compassion, acceptance, and forgiveness in one space. 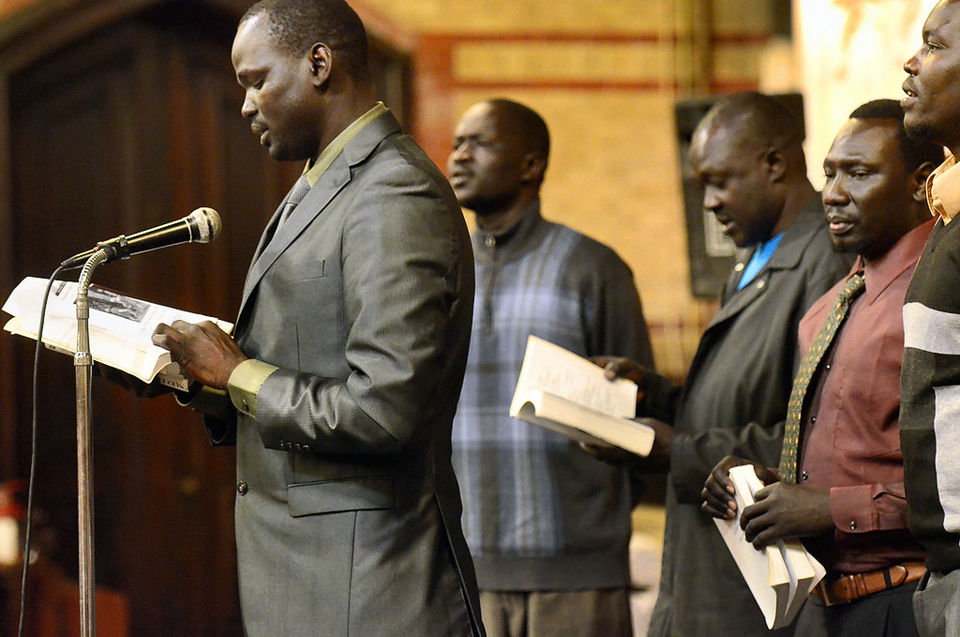 The statement that “Religion must die for mankind to live,” which you may recognize as one of comedian Bill Maher’s iconic statements from the 2008 movie Religulous, is a reaction, in part, to the long history of violence caused by religious conflict. I am well aware that my faith, Christianity, can claim its fair share. As Bill Maher stated on a recent episode of his talk show Real Time: “Christians have a checkered past: the Crusades, the Inquisition, we killed a lot of people, slavery was justified with Christianity… Exactly what do the Christians want us to say about history? The plants and animals were designed by God personally at his drafting table… but the Crusades just kind of happened?”

For a moment I understood how tempting it is to condemn all religion. There may have been a time in my life when I came close to that very thing. While I don’t always appreciate Bill Maher’s delivery, or the content of some of his jokes, I can appreciate the challenges posed by the critics of religion. The world’s religions have some explaining to do, our reputations are in need of repair.

I don’t for a second deny Christianity’s checkered past. In questioning my own faith tradition and its history, I have poured over Holocaust literature, the history of the Crusades and religious persecution. I have studied the anthropology of human violence and religion’s roots in sacrifice and blood-letting. Contrary to what one might assume, I have come to the conclusion that a world without all our faith traditions is just not viable. Even if the world were free of all religion: would human beings be free of violence? Violence is spurred by an intolerance of differences, by the fear of the other, by human greed and self-interest. If we are threatened by anything, we are threatened by attitudes of self-protection at any cost, by the walls of mistrust which divide us, by the maligning of the others that is part and parcel with our innate tribalism… On the contrary, I’ve come to believe with all my heart that religion and all its diversity harbors within it a powerful promise of life… a promise which couldn’t be more timely in a world still marred by religious conflict. 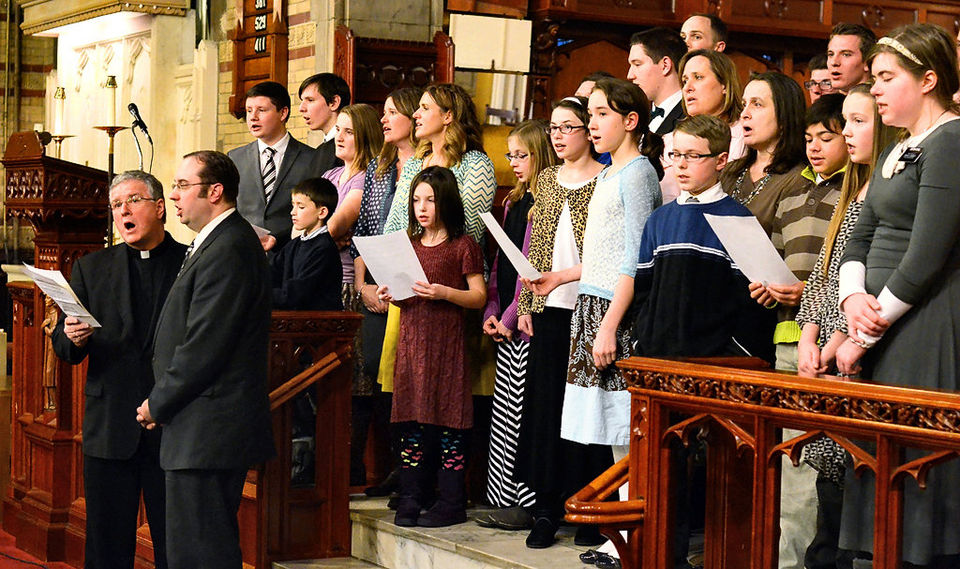 As I stood at the door greeting folks as they entered St. Paul’s Cathedral, I was overcome by powerful emotions, by the images of the walls coming down… all the walls erected over the history of my faith tradition, Christianity, which defined itself through intolerance and the persecution of those who were different. As I passed out programs, I had no idea who would enter next – Sikhs with turbans, monks with shaved heads, Muslim women in their headscarves. This is what it means to welcome the stranger, this is what it means to forgive one’s enemies, this is what it means to love the other as oneself.

But more moving than this was a moment toward the end of the evening, when the entire assembly stood holding hands while singing Michael Jackson’s anthem, “We Are the World.” It was a moment of openness which was anything but cliche. As we sang Jackson’s song, I felt myself a member of a new human community, one pregnant with possibilities, possibilities which have always been present in the highest values of our various traditions. This community, bound together not by language, not by race or creed, but by a powerful sense of hope and joy, came away from the WIHA knowing that – when it honors and accepts differences, when it forgives past injustices, but more importantly when it gathers together to celebrate all these things – religion’s long history of strife is transformed into a source of healing for the nations. Indeed WIHA stands as an event that I dare say the critics of religion cannot pass off “as something that just happened…”