Former Members of the Leadership Council 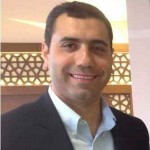 Fatih Ferdi Ates is Executive Director of (BAYCC)/Pacifica Institute San Francisco and East Bay Branches. He is also board member of San Francisco Interfaith Council. He spent his time in last 10 years to building bridges among different cultures and faiths in West Coast. He believes that importance of education, intercultural dialog and respect to one another. He is currently associated with Bayan College at Claremont School of Theology at Muslim Leadership program. Fatih has taught on a wide-range of topics including: Community-building; Islamic Spirituality and Sufism; Ethics and Environment. He’s led inter and intra faith outreach efforts; and spoken at various interfaith events,panels and conferences.He lives in El Cerrito with his wife, and his daughter.

Sarah joined the United Religions Initiative staff in 1999, and has been working in the field of interfaith cooperation and understanding for more than 15 years. As the organization’s first Youth Programs Director, she coordinated the URI Global Youth Network comprising more than 600 young people from 70 countries and other major initiatives of the Young Leaders Program. Sarah has served in many roles in her interfaith career and is currently serving as the URI “Talking Back to Hate” Campaign Coordinator.

Dr. Campbell was inspired to strive for a culture of justice ever since Dr. Martin Luther King taught transformative nonviolent activism during the Civil Rights Movement and the anti-apartheid struggle in South Africa. Since then, her life’s work has been grounded in faith-based organizations, most notably in the National Council of Churches where she served as General Secretary.

Margie has been in URI since 2002 when the Interfaith Council of Washington became a URI Cooperation Circle. She served as President of that Council for several years, and has helped to form the URI-NA regional structure/organization during the past few years. Raised within an interfaith family, she is now an active member of Bet Alef Meditative Synagogue, an inclusive spiritual community in Seattle. In her professional life, Margie works in technology. Served through Dec 31, 2011.

John Denker joined the Leadership Council in October 2009 and serves as Treasurer of its board. He is an ordained United Methodist minister, and was an ecologist for the U.S. Department of Interior for close to thirty years. John has authored the books  Why Science Proves God (and Creationism is Nonsense), and The Quantum God (Why Our Grandchildren Won’t Know Atheism). 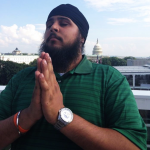 Permpreet Gill graduated from Arizona State University in Anthropology and Religious Studies. He is currently a alumni member of Sun Devils Are Better Together and a youth coordinator for Arizona Interfaith Movement. He is joining the Leadership Council to help connect youth throughout North American through interfaith dialogue and unity.

Sande Hart
Founder and President, S.A.R.A.H.(Spiritual and Religious Alliance for Hope); Co-Founder, I Am Jerusalem

Rancho Santa Margarita, California
Sande is the Founder and President of S.A.R.A.H. (Spiritual and Religious Alliance for Hope), Chief Compassion Officer of Compassionate California, and Head Coach of the Compassion Games, International. She is a member of the board of One Global Family Foundation. She is the author of “Make A Difference 101, a Practical Step-by-Step Guide to Community Service for Kids and workshop facilitator.

Gard Jameson received his PhD from Pacific Graduate Institute in 2005.  He teaches Asian philosophy at the University of Nevada, Las Vegas. Prior to his tenure at UNLV, he spent 25 years practicing as a CPA, CFP at Piercy, Bowler, Taylor & Kern and Touche Ross. He is the author of three books, Footprints on the Sands of Time, the story of his mentor, Dr. Raymond M. Alf, Phaethon, our Mythic Moment, an ancient Greek tale that illuminates our current predicament, and Monkey, Our Mythic Moment, the grand epic of Chine.  He chairs the boards of the Children’s Advocacy Alliance and the Interfaith Council of Southern Nevada. he sits on the boards of the VMSN and the Stillpoint Center for Spiritual Development.

Dana was born in the rural Heilongjiang province of China, and immigrated to the U.S. when she was only 11 years old. From the age of 11 to 21, she lived in various Buddhist temples in the U.S. and was a young novice nun within the Buddhist order from 12-17 years old. In 2006, Jiang graduated from the University of California, San Diego with a BA in Chinese Studies. She currently works for Glendale Community College in Glendale, Arizona. In her free time she enjoys meditation, hiking, swimming and attending spiritual retreats. Jiang’s great-grand uncle Master Hsuan Hua is the founder of the Dharma Realm Buddhist Association and was an outspoken advocator of interfaith dialogue. Influenced by her great-grand uncle, Jiang discovered URI through his senior disciple, Reverend Heng Sure, and has been attending URI events since 2001. She attended the global religious conference in Rio, Brazil, and the Parliament of the Worlds Religions in Barcelona, Spain, as well as many youth leadership retreats. Jiang is very committed to the organization and its mission, spreading the philosophy of URI.

Hereditary Chief Phil Lane Jr. is an enrolled member of the Yankton Dakota and Chickasaw First Nations and is an internationally recognized leader in human and community development. During the past 45 years, he has worked with Indigenous peoples in North, Central and South America, Micronesia, South East Asia, India, Hawaii and Africa. He served 16 years as an Associate Professor at the Faculty of Education at the University of Lethbridge, Alberta, Canada (1980-1996). With Elders from across North America, Chief Phil co-founded the Four Worlds International Institute (FWII) in 1982. FWII became an independent Institute in 1995. As well, Chief Phil is a Director of the Four Directions Corporation, an Indigenous owned company, incorporated in 1996 as Four World’s economic development arm.

Dr. Mallik served as an Associate Research Professor in Rehabilitation Medicine at George Washington University, Washington, D.C., where he developed rehabilitation engineering techniques to promote independent living and employment for people with severe disabilities Kali is now retired but serves as an active volunteer in nine non-profit organizations. He has been a faithful participant of the local Baltimore CC, a diligent advocate of interfaith activities at the Greater Baltimore Hindu Temple and in the community, and a committed volunteer for many other social causes.

Michael has had a career in New York finance before going into the Greek Orthodox ministry where he served as senior pastor of San Francisco’s Holy Trinity Church. In 2008 he become the first full-time executive director of a URI CC. Michael attended the 2008 Global Assembly in India, and also URI-NA’s 2009 Regional Assembly in North Carolina. In less than two years he has helped to substantially increase the CC’s budget and engaged in numerous interfaith projects. He is a trustee of the Interfaith Center at the Presidio, works hard, takes his responsibilities very seriously, and has a terrific sense of humor.

In 1977 Anne Roth was one of the first women ordained in the United Methodist church. She spent 10 years in parish work on the East Coast, then a number of years working in AIDS ministry in California before moving into interfaith work with the birth of the United Religions Initiative. She is active in Denver area nonprofits and, as a Global Trustee for URI North America, serves on the Finance Committee of the Global Council.

Adelia Sandoval is a Ceremonial Leader, Cultural Director and Liaison for the Janeno Band of Mission Indians/Acjachemen Nation, the indigenous people of Orange County, California. She is an ordained minister, and member and advisor to two CCs, the Spiritual and Religious Alliance for Hope, and the Orange County Interfaith Coalition for the Environment.

Rebecca Tobias is a Global Council Trustee of the United Religions Initiative and the Program Director of the Raoul Wallenberg Institute of Ethics which designs and facilitates interfaith and intercultural programming which serves to foster a culture of peace. Through her work she has coordinated capacity-building projects with civic, environmental, and social justice advocacy organizations locally, nationally and internationally. As a past Fellow with the Office of High Commissioner for Human Rights for the Working Group for Indigenous Populations, Rebecca has assisted in the drafting of resolutions presented to the Human Rights Sub-Commission and has served as an NGO delegate for several assemblies, including the inaugural meeting of the Tripartite Forum on Interfaith Cooperation for Peace. Most recently she took part in the UNCSD conference at Rio+20, where she prepared a panel presentation on the Ethics and Spirituality of Water, and presented at Aldeia Nova Terra on the history of the Roerich Pact Treaty and the movement to reestablish the Pax Cultura as a universally recognized protective sign to preserve sacred sites and cultural heritage.

Katie Ward came to URI through her internet search for children’s literature on the world’s religions. Katie is passionate about developing interfaith understanding and respect in the North American region, and is particularly interested in engaging and connecting with like-minded youths. As a development professional for over 10 years, Katie has served on the fundraising committee for the URI North America region for the last year. Katie, her husband and daughter live in Burlingame, California. Katie served the Board of Directors through June 2011 and as Regional Coordinator for the North America region through 2014.

Born in Beirut, Lebanon, Sam moved to the United States in 1989 and became the founder and CEO of Stripling and Beck, an IT services firm. He is currently a full-time author and public speaker, and author of a novel, The Last Moderate Muslim. He is a member of the United Religions of Charlotte CC, and a URI Global Trustee.

Danya Wellmon joins the Leadership Council as of January 1, 2012. She is co-Founder of Women Transcending Boundaries an interfaith women’s organization founded two weeks after 9/11. Medical Laboratory Technician with the American Red Cross. Member of the Islamic Society of CNY and past board member.

Monica Willard is the coordinator for the United Religions Initiative (URI) team at the United Nations. Since 1997, Monica has worked with the Department of Public Information to organize the annual International Day of Peace Student of Observance at United Nations Headquarters, and serves as a Co-Chair of the International Day of Peace NGO Committee at the UN. While President of the Committee of Religious NGOs at the United Nations, Monica helped organize World Interfaith Harmony Week events at the UN since it began in 2011. This included two major events with the 66th and 67th Presidents of the General Assembly in 2012 and 2013. Monica represented the United Religions Initiative as a founding member of the Tripartite Forum, a groundbreaking, informal group of Member States, UN System Agencies and Religions NGOs who worked together from 2005-2010 to bring the voice of faith-based organizations into peace and development issues. She received the 2009 Spirit of the United Nations Award from the NGO Committee on Spirituality, Values and Global Concerns NY, and was Chair of the 49th Annual DPI NGO Conference at UN Headquarters in 1996.

Sukhvinder Kaur Vinning is a member of the Talking Back To Hate International Advisory Council, one of the founding members of the Surrey Interfaith Contemplative Group, a member of the Surrey Interfaith Council, and the former Vice President of the Multifaith Action Society. Sukhvinder continues to be active in many expressions of interfaith relationship, often being an advocate for ways that people of diverse background can bring about social change. Introduced to the Sikh faith at age five when her parents chose the Sikh path, it wasn’t until she turned 21 that she personally fell in love with Sikhism. This love affair has grown and deepened over the years and inspires her in the work she does.