Today, over 70 media organizations across the United States are shining the spotlight on homelessness in their communities. The coalition of voices speaking up are a combination of groups participating in the San Francisco Homeless Project campaign, originating in San Francisco, CA, and other organizations, located across the nation, who are following suit.

URI North America joins these voices to showcase the work our network of interfaith grassroots peacebuilders are doing to address housing insecurities within their communities.

It’s changing the face of direct services for homeless folks. And it all started with an anonymous donor, a city that couldn’t receive anonymous money and a group of interfaith leaders committed to serving the approximately 7,000 people without homes in their city.

“What makes the difference here is hope,” said Kathy Treggiari who works with the San Francisco Navigation Center as part of her role at Episcopal Community Services of San Francisco.

The Navigation Center, which is fiscally sponsored by the San Francisco Interfaith Council, a URI North America Cooperation Circle, takes an unconventional approach to housing the homeless. Rather than a traditional shelter, the Navigation Center provides a place where entire encampments of people without homes can move together — with their partners, pets and possessions– and have 24-hours access to living quarters, a dining room, showers, bathrooms, laundry and counseling offices. 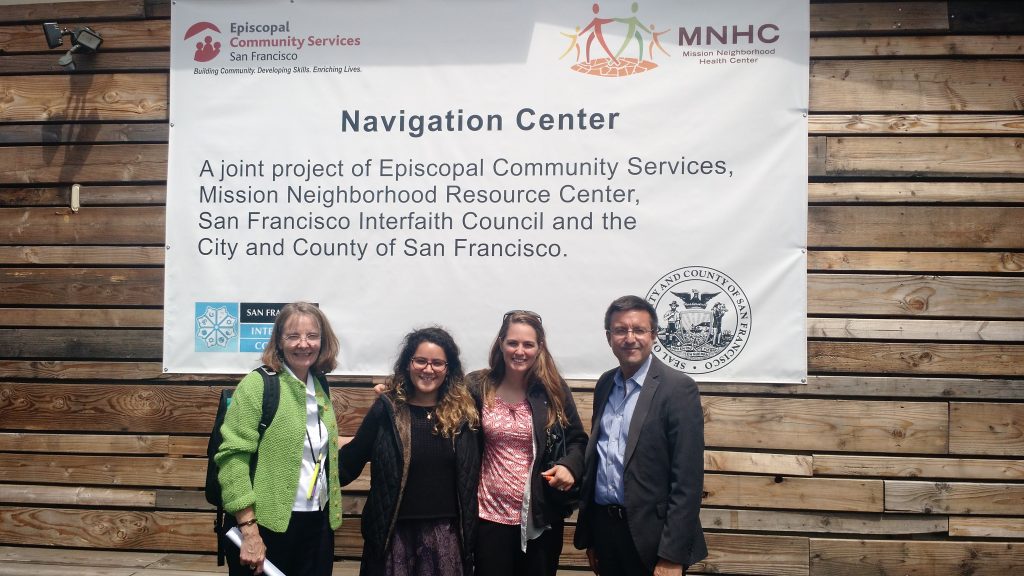 The Navigation Center is cheery, with brightly-colored murals and a courtyard that soaks up the morning sun. But what makes the Navigation Center groundbreaking is its emphasis on long term housing — that is the hope that Treggiari was talking about.

The Navigation Center is supported by a host of government agencies, many of whom would generally not work together, and a dedicated staff — 45% of whom are formerly homeless themselves — to provide in-depth and personalized assistance to help residents move into permanent housing. The model has been so successful that like-minded organizations from Dallas to Seattle to cities in South Africa are looking into replicating it.

From where I sit, it’s no surprise that an interfaith organization was instrumental in such an innovative model coming into existence. Part of the beauty of interfaith work is the bringing together of people with such vastly different beliefs that the solutions they come up with and projects they are willing to take on are often new and innovative. 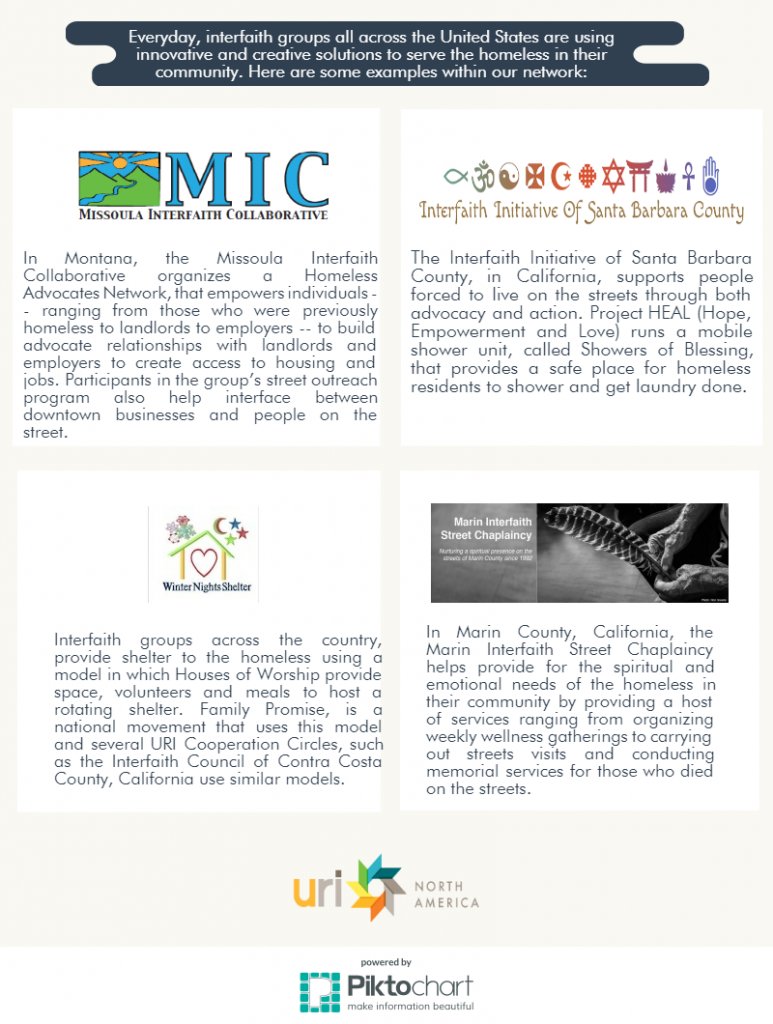 Learn more about these groups here:

Sari Heidenreich is the Regional Coordinator for the United Religions Initiative North America, a network of 94 interfaith organizations in the U.S. and Canada. Globally, the United Religions Initiative is the world’s largest network of grassroots interfaith peacebuilders, with 787 member groups in 95 countries all working with coalitions of people of multiple religions, spiritual expressions or Indigenous traditions to create cultures of peace, justice and healing. To find out how to get involved, click here.